Rain, strong winds and thunderstorms on the way this summer, say forecasters 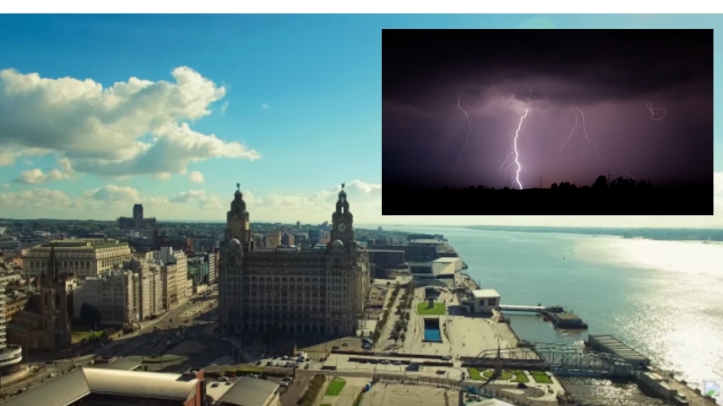 Forecasters at the weather channel are say that the UK will have more rain, strong winds and thunderstorms this summer.

By the middle of June the Jet Stream is expected to change and could allow unsettled weather hit the country.

Although there could be warm spells at times, towards the middle of the month temperatures could be cooler.

Forecaster Katie Greening, of The Weather Channel, said “Europe has seen some impressive warmth, especially over Scandinavia where many areas have enjoyed record May heat.

READ MORE: What will the weather be like through June on Merseyside ?

Some forecast models show the jet stream gaining strength and pushing windier and wetter #weather over north and western regions by the middle of the month https://t.co/X0VyRaQQATpic.twitter.com/SCwIsviEQW

“The polar jet was diverted northwards over the far north of the British Isles to the northern Nordics by a prominent Scandinavian ridge which extended southwards over central Europe, bringing dry, warm and settled weather.

“But over the last week or so, complex and slow-moving low pressure cells have circulated over western Europe, bringing a deluge of rain and widespread thunderstorms.

“Warm and moist air continued to move north and temperatures remained well above average. However, there is change on the way and it starts around June 9-10.”

What will the weather be like through June on Merseyside ? https://t.co/4tW3grZ3Gc

The forecaster added: “High pressure is expected to return and become centred over the North Atlantic, encouraging a spill of cooler air into northern and western Europe with bands of rain, stronger winds with increased cloud cover.”

However, the Met Office expect that by the end of June the hotter weather could return.

The Met Office said: “While temperatures may be close to or a little above normal for a time, there will be an ongoing risk that warm, humid and perhaps thundery conditions will spread across the UK from the continent.

“The last week of the month as we head into July may become more generally settled, with a chance of warmer temperatures and more sunshine for many.”