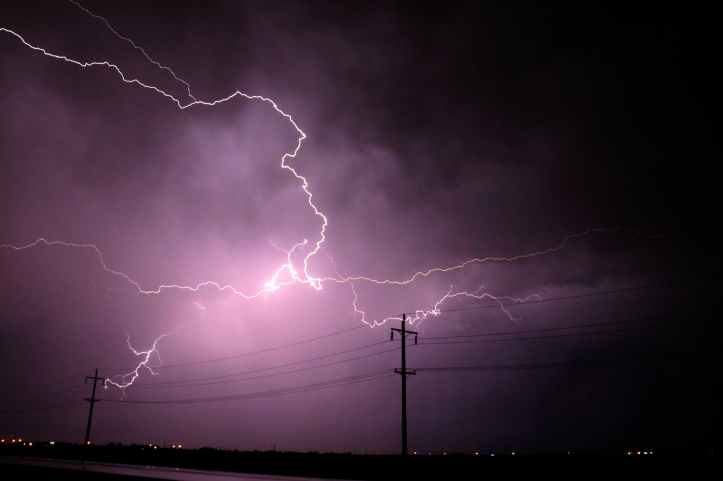 Merseyside has today been issued another weather warning for thunderstorms and torrential downpours.

The new weather warning comes into force today as the region has been told to expect severe weather through Thursday and into Friday morning.

Heavy rain could lead to flooding of homes and businesses, with damage to some buildings from floodwater, lightning strikes, hail or strong winds.

A forecaster at the Met Office dsays: “Any thunderstorms over eastern England and the north Midlands will move through relatively quickly, but further south and west, they could become slow moving and lead to torrential rain in some places.

“There is the potential for 30-40 mm of rain to fall in an hour and perhaps as much as 60-80 mm in 2-3 hours. As well as this, frequent lightning and large hail are possible.”

Another warning is in place through the whole of Friday as more thunderstorms and torrential rain is expected.

The forecaster warns that lightning and heavy rain could lead to further flooding and power cuts from 12am – 9pm on Friday.

As the rain will be very heavy at times, areas that do see rain could see severe flooding and the Met Office warn that it could pose a risk to life.

We’re expecting to continue to see thunderstorms across parts of the UK over the next few days ⚡️ however they won’t develop everywhere. Find out why in this handy explainer ⚡️ Stay #WeatherAware pic.twitter.com/74kGUKFgnd

The forecaster says: “There is a small chance of fast flowing or deep floodwater causing danger to life.

“Where flooding or lightning strikes occur, there is a chance of delays and some cancellations to train and bus services.

“There is a slight chance that power cuts could occur and other services to some homes and businesses could be lost”.

The area of thunderstorms that develop across southern England and Wales drunging Friday morning are expected to move northwestwards towards Merseyside.

As the severe weather approaches, thunderstorms are expected to hit the region by the afternoon and persisting into the early evening.

These could bring torrential rain to some places with the potential for 20-30 mm of rain to fall in an hour and perhaps as much as 60 mm in a few hours.

A forecaster at the Met Office said: “Staying warm and humid, with further scattered heavy showers and thunderstorms during Friday and Saturday.

“Drier and brighter on Sunday, once early mist and fog clears. Feeling fresher”.