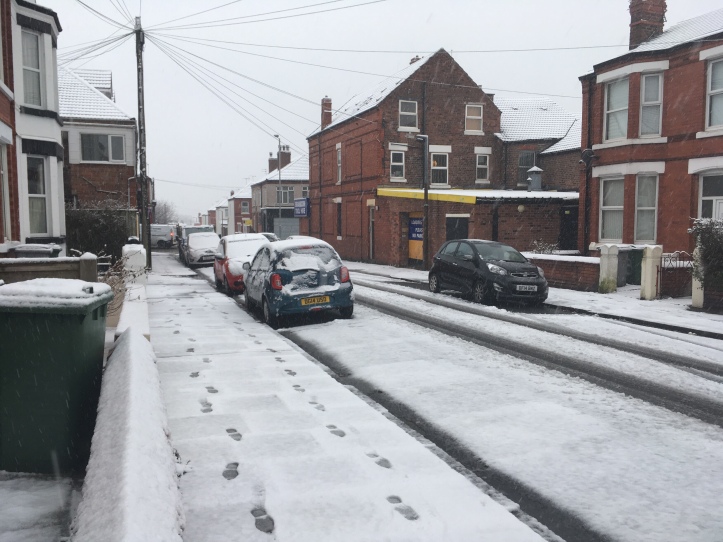 Just as we thought we had seen the last of the wintry weather and freezing temperatures, the beast from the east will bite back.

Colder air from Russia is set to send temperatures plummeting this weekend according to forecasters.

READ MORE: Milder temperatures to continue this week, but freezing air from Russia could return

Beast from the east, part two?

Another burst of Siberian air may push westwards over Europe next weekend. It’s unlikely to be as intense or

as prolonged as the last cold spell. Nevertheless, it brings the possibility of snow, frost and a late season chill

back into the mix… pic.twitter.com/HjM1JBFnXA

As we get used to the milder weather early this week the weekend will feel like winter has returned.

Although the forecast is still a few days off, early indications show that Sunday won’t see temperatures above 4C on Merseyside, and the freezing air will make it feel closer to -4C at times.

The cold weather will continue into next week which could mean a return of snow for some places in the UK.

Although it looks as though #cold #weather could return this #weekend, there’s still a lot to play for in terms of just how wintry it could be. As always, we’ll bring you the latest information during the next few days as certainty increases pic.twitter.com/qLLvSX8l5S

She added: “With the jet stream over southern Europe, this allows pressure to build over northern Europe and in turn, cold air to the north is able to pour into Europe.

“This is due to an area of high pressure strengthening over Scandinavia, returning the easterly flow of cold, Russian air, which caused disruptive snow in Britain recently.

#BeastFromTheEast2? #Winter is back this weekend.

Conditions aren’t expected to be as cold as last time, but there is a chance of further #snow. Exact details still uncertain at

“On Saturday, a second branch of the jet stream reverses over northern Europe as a Scandinavian ridge develops.

“During this time, temperatures are expected to dive on Saturday as a strong Scandinavian ridge builds and a brisk, cold easterly wind arrives over the UK.

“Maximum values in northern Europe are forecast to decrease sharply at the end of this week, decreasing to well below normal over the weekend.”