Freezing weekend ahead for Merseyside as the Beast from the east arrives, but there is some good news 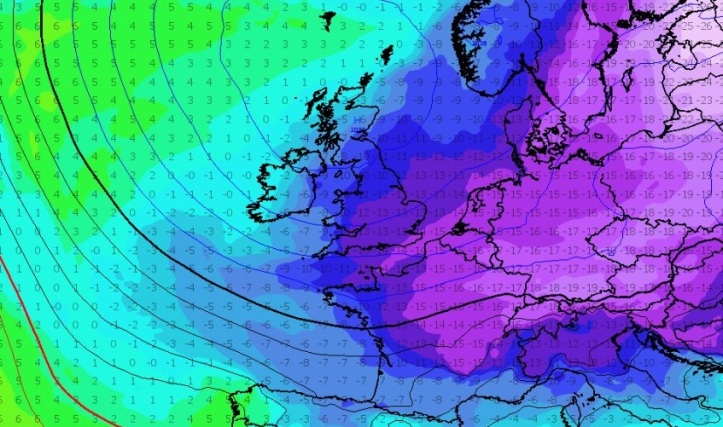 The weather will feel very cold at the weekend as freezing winds from Russia, named the beast from the east, sends temperatures plummeting across Merseyside.

Temperatures will be around 5C and with the gusty winds it will feel closer to a bitterly cold -5C.

However, there is some good news, although the cold temperatures, there will be lots of sunny spells throughout the weekend.

Plans this weekend? Here are all the weather details pic.twitter.com/22SN5vsr6V

It will stay dry and bright on both Saturday and Sunday, but with the lack of cloud cover this will mean very cold nights.

Temperatures will dip to -2C and so there’s a good chance of frost the following morning.

The Met Office say: “A frosty start followed by a clear and sunny day. It will be feeling very cold, especially with the winds picking up through the day.

“Dry and sunny on Sunday. Turning bitterly cold by Monday, but cloudier with scattered snow showers in the east.

“On Tuesday snow showers will affect most parts of the region”.

Forecasters expect that the weather is going to get even colder as we head into the new week.

READ MORE: What is the beast from the east and how will it affect Merseyside ?

Cold air from northern and eastern Europe is heading west over the next few days. By Monday temperatures in the UK will be close to or below freezing, ❄️even in the middle of the day pic.twitter.com/Ov1Ekk8agz

By Wednesday temperatures wont climb above 0C during the day and there could be nightly lows of just -4C, with the weather feeling closer to -7C at times.

Shockingly the Met Office predict that the cold snap could even last into mid march, with the forecaster predicting “Some locally significant snowfalls are likely although details will remain uncertain until much nearer the event.

“The cold weather will continue into early March, with the northwest seeing the best of any brighter weather”