Merseyside will be battered by another storm, as UK could see second storm of the season named 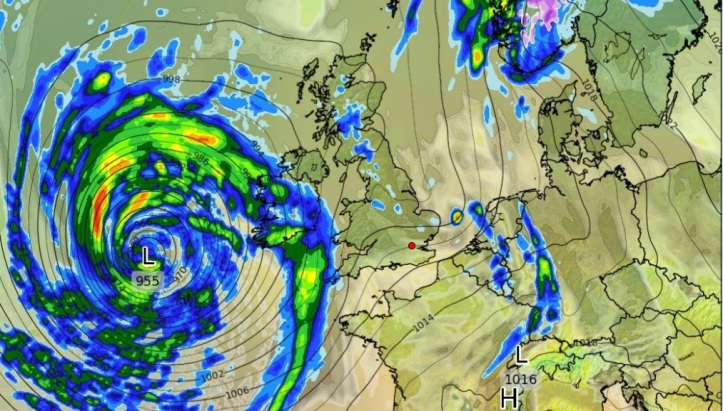 Merseyside will be battered by another storm, as UK could see second storm of the season about to be named.

Not so long after Ophelia brought winds of up to 90 mph to parts of the UK, another storm is about to hit the country.

A deep area of low pressure is forecast to slam into the UK over the weekend, bringing more strong winds and heavy rain.

Wind warnings are in place for some areas as 70mph gusts are expected, this could result in the naming of the second storm of the season, Brian.

READ MORE: This is why the sun turned red over Merseyside

There is some unsettled weather on its way this week, especially at the weekend. Here’s a closer look pic.twitter.com/Yz26bG4hgL

Although the storm is yet to be named and Merseyside has not been issued a warning, winds are still expected to be very strong.

Winds across the region could reach 50mph, making it dangerous to be by the coast as large waves could be whipped up by the stormy conditions.

It will feel cold too as temperatures will be around 13C, but with the strong winds it’ll feel closer to a chilly 7C.

The Met Office say: “A spell of rain and possible gales early Friday, followed by sunshine and showers.

“Often windy over the weekend with showers or longer spells of rain, heavy at times. Cold”.